My name is Sally and I’m not an alcoholic! Transformation

⇐ Part One: May name is Sally and I’m not an alcoholic! Addiction

Gradually after a few weeks I’ve started to feel a little more normal. The staff at the centre treated me with some dignity for a change. I was not used to this in treatment centres where they usually treated us like animals. After 35 days I was discharged deemed fit and able but with the warning “if you don’t fully commit to AA you will drink again”. This thought filled me with utter despair. I left the Centre in January 2015 with absolutely no aspirations but I was sober and grateful. I had no job, money, family or friends as no one had wanted to know me. I thought I was unemployable due to my history and criminal record for drink driving and couldn’t envisage ever having another relationship.

So I threw myself into AA, as I believed this would be the only way to manage my addiction. I got a sponsor and was gradually working through the 12 steps and was committed to doing service. Then in April 2015 I was introduced to Jacqueline Hollows, a life coach from Beyond Recovery. She became my life coach and I started seeing her on a weekly basis. She wasn’t like any other counsellor I had previously seen for my addiction. She just listened and guided, pointing me in the right direction. She didn’t try to fix me.

Introduction to the Three Principles

I learnt that if I reflected on my life and addiction I had insights about solutions for myself. I always came out of her sessions feeling empowered and hopeful for the days ahead. I realised I was achieving things without a drink that would previously have phased me. I was amazed! I didn’t realise Jacqueline was introducing me to the Three Principles.

I gradually started to realise that I didn’t have to believe everything my mind was saying to me. Every time I had a thought about alcohol, I pushed it out of my mind and focused on the other thoughts. At first I found it hard to clear my mind of unwanted thoughts. Every time I thought of alcohol I focused on what my life would be like again if I had just one more drink. Slowly but surely I found I could go for hours without one thought of a drink. When I was actively drinking, every minute I thought obsessively about drinking, I noticed I was achieving things that sober that I didn’t believe possible and I wasn’t even anxious. I realised by not worrying about upcoming events, they didn’t phase me when they arose. After a while the thought of a drink repulsed me and I would physically gag if I saw anyone with a glass of red wine which was my preferred tipple. I was becoming to live life and I wasn’t fearing anything because I knew With Confidence I’d be ok if I just lived life in the now. Not regretting the past or fearing the future.

The training with Jack Pransky

I was then invited on a short training course in Birmingham with Jack Pransky. I attended with trepidation as I assumed everyone else attending had a deep understanding of the three principles. Jack explained in simple terms how the three principles were working within us all of the time and how our thinking determined every feeling we had and all our experience in life. It was like being hit with a sledgehammer. I had the insight that I had ruined nearly every life experience I had ever had through my thinking. I either dreaded something, feared something, wanted more, expected more of myself or others etc. I was always seeking something else. I had never lived in the now and just appreciated what I had. Mind you I had never had peace of mind. It became clear I could never achieve it by always wanting expecting predicting regretting or self-loathing. Could it really be that simple it had all just purely come from my thinking?

We were then put into pairs by Jack to do a deep listening exercise. Automatically I was filled with fear that I wouldn’t be able to complete the exercise properly. I had always doubted myself saying “I can’t do it”. I had previously studied counselling and had done a year’s course at college which I had found difficult because I felt I couldn’t concentrate on what a client was sharing and never seem to be able to resolve their issues for them. While they were sharing their stories with me hoping I could help them I’d be panicking thinking what did she say how do I answer that I don’t know what to say. Jack told us just to listen there was no need to reply no feedback to give nothing to fix. I said to my deep listening partner Eileen I’m rubbish at this I have never been able to concentrate. Eileen started telling me her story and I found myself captivated I didn’t feel distracted at all and didn’t even notice what was going on around me in the room even though there are a lot of people in the room doing the same exercise. I just listened and observed my mind was clear and I wasn’t trying to think of things to say to fix her. I heard every word and in my silence she gradually came to her own resolution I was stunned I hadn’t even said anything we just had a connection. This was a huge insight for me as I had always thought I couldn’t concentrate on anything this was because my mind was always full of noise about something else. If I just listened my mind became quiet I have the huge inside/insight?? at all the years I had been studying I had put a barrier up against learning by believing I couldn’t concentrate or learn properly. The weekend was life-changing for me as I saw the limitations I had put upon myself and how my beliefs have just been illusion of my thinking.

Energised and inspired by what I have just experienced I announced as I left the room at the end of the course you never know Jack I might be playing flying to Spain in October for your extended practitioner training. This seemed a very daunting prospect at the time but I was determined to beat my fears so I could get a deeper understanding of the three principles. After I left the training in Birmingham I felt like I was in a bubble looking out into the world from a different place I just wanted to be silent so I didn’t want to speak to anyone or even watch television which was a miracle for me. I just sat in silence all the way home and went to bed still feeling in shock from the weekend’s events. I actually felt numb for a few days. Could my life and beliefs all have been an illusion of my thinking?

In May 2015 Jacqueline invited me to Tikun three principles conference in London. I was totally immersed for the three days as I listened to inspirational speakers and heard some wonderful stories of how the three principles had helped people in such adversity. I felt something in the room so powerful and exciting, like I was part of something life-changing for the world. The last part of the conference was a video by Syd Banks: he spoke about addiction. I had never seen anything like it before but had heard an awful lot about him. I watched in Amusement and disbelief. WHAT did this man know about addiction? Addiction was an illusion of my thinking? He had no idea what he was talking about. I had been addicted to alcohol for 30 years because I was born with a disease of alcoholism as I have been told my whole life. OMG what a shock I was going to have. Leaving the conference high as a kite from the feeling I turned to my friend and said I’m going to be on that stage next year sharing my story of addiction. Be careful what you wish for! I had no idea what lay ahead for me but I had a new confidence and feeling things were going to work out.

Jack Pransky will be in Italy for a training next May! Have a look!

The last part of the story you’ll fine here! 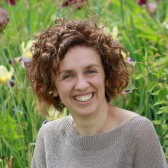